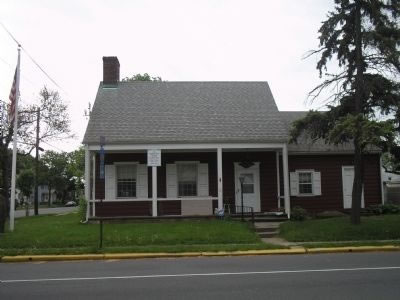 Home of Abraham Clark, 1726 – 1794, a signer of the Declaration of Independence
from New Jersey. He lived on this site during the formative period of the republic. 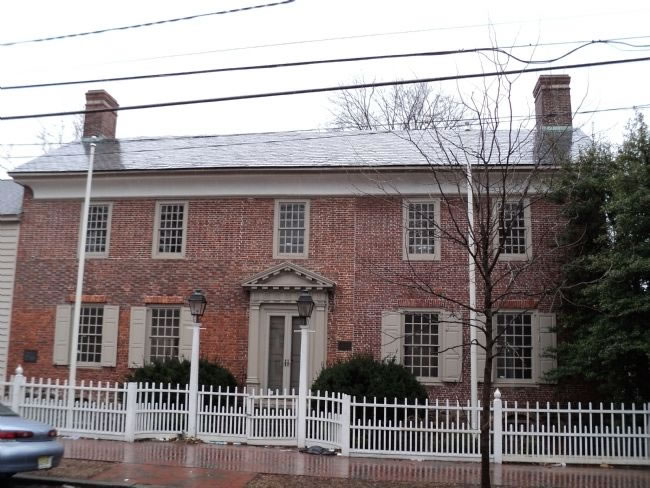 The Belcher Ogden Mansion was the 1750s residence of Governor Jonathan Belcher (1682-1757) of New Jersey, who brought the royal colony’s government to this house. Belcher also sponsored the College of New Jersey which became Princeton University and gave his library of over 400 books to that institution. Subsequent owners entertained George Washington, Alexander Hamilton and the Marquis de Lafayette here. In 1812 the resident owner, Aaron Ogden (1756-1839), was elected New Jersey Governor. 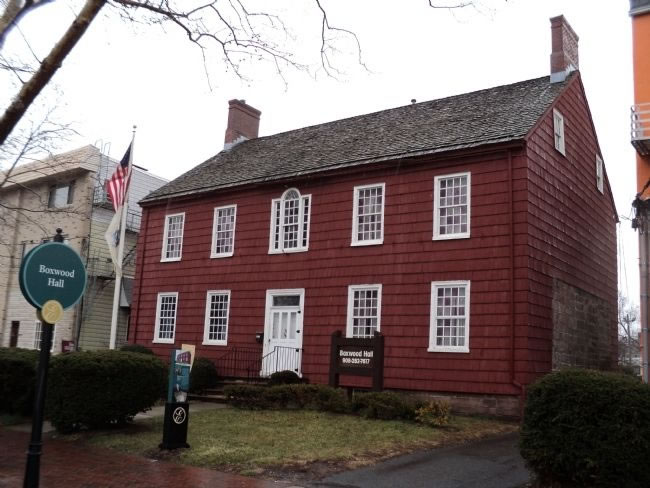 Samuel Woodruff, Elizabethtown mayor, built Boxwood Hall about 1750. From 1772 to 1795 it was the home of Elias Boudinot (1740-1821), who served his as president of the Continental Congress after the colonies signed a peace treaty with England, ending the Revolutionary War. In 1789 George Washington took lunch here on his way to Manhattan to be sworn in as the United States’ first president. Jonathan Dayton (1760-1824), a signer of the Constitution and later U.S. Senator from New Jersey lived here from 1795 to 1824. 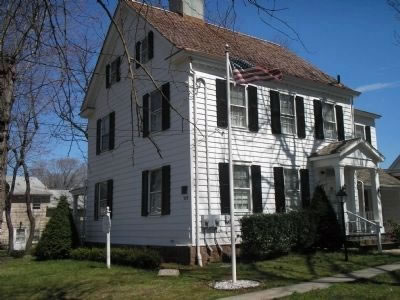 Site of Parsonage used by James Caldwell family. Burned by British in 1780.
Mrs. Caldwell was killed by a British soldier. Reverend James Caldwell
and his wife Hannah moved to this site after his church in Elizabethtown was burned by the British army on Jan. 25, 1780. Caldwell was Chaplain of the N.J. Brigade. 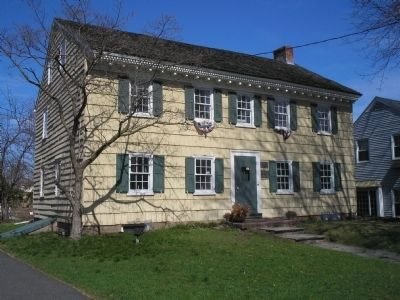 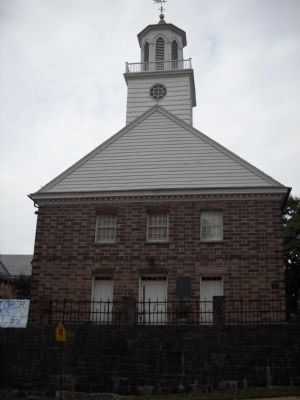 Here stood the Presbyterian Church and here was fought the battle, June 7, 1780, between American forces under Gen. Maxwell and Col. Dayton and the British army on its advance to Springfield. The church and village were burned by the British during their retreat. June 23, 1780, the British second advance here formed into two columns and moved to Springfield, where they were repulsed.

This church was organized about 1664. The edifice which stood on this spot was burned by the British, January 25, 1780, during the Pastorate of Rev. James Caldwell, Chaplain in the New Jersey Brigade under Washington. This building was completed in 1789. Thirty-six commissioned officers and many non-commissioned officers and privates from the congregation fought during the Revolution for American Independence. 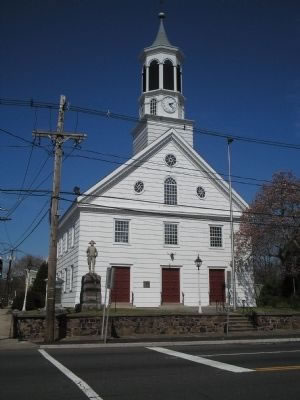 Site of Church used as storehouse in Revolution. Destroyed by British in
Battle of Springfield. Present church built 1791. 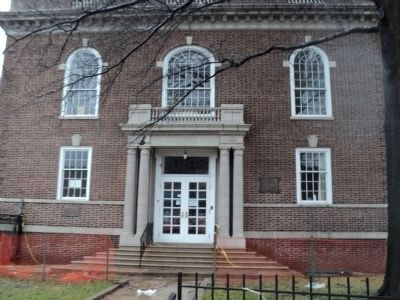 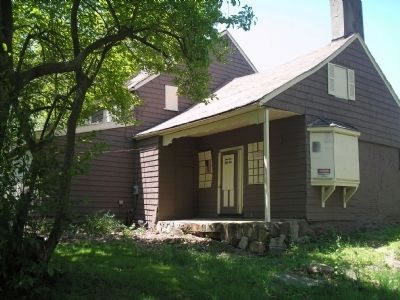 Circa 1750 “Frazee Homestead” . British General Cornwallis stopped to ask for bread during the battle of Short Hills, June 26, 1777, and was marked by Betty Frazee’s famous statement “I give you this in fear, not in love.” 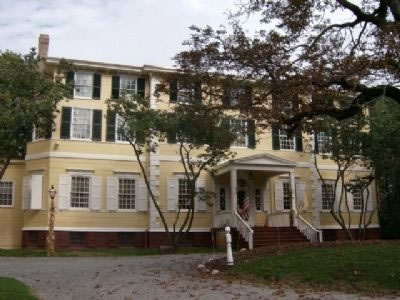 Built in 1772 by William Livingston, later a patriot leader, governor of New
Jersey, 1776-90, Member of Constitutional Convention. On June 7, 1780 about 5000
British and Hessian troops invaded Connecticut Farms (now Union Township). They
stopped at Governor Livingston’s home located at this site. 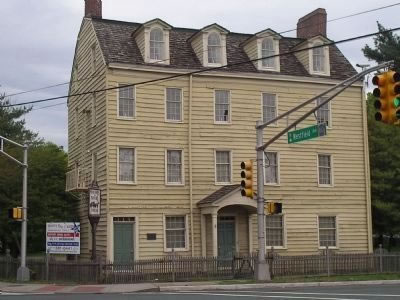 This Tavern, built in 1780, also served as an Inn and a stagecoach stop. George Washington passed through Rahway on April 23, 1789, on his way to his inauguration in New York. While here, he was entertained in this tavern by "Gentlemen of the Town." 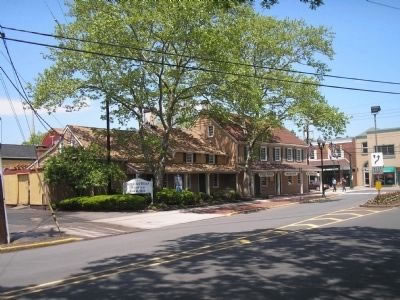 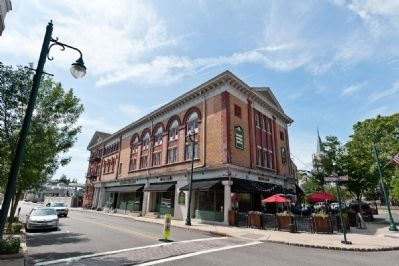 The building on this site was designed in 1893 for the Women's Temperance Union by architect Theodore Mead, Jr. In return for title to the property, Civil War veteran Joel G. Van Cise completed the construction and provided the W.C.T.U. with a local headquarters. He also used the site as a rostrum when he ran for U.S. President on the Prohibition Party ticket. 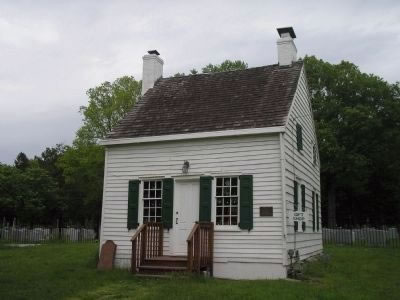 The Abraham Terrill Tavern served travelers in colonial times. At that time, St Georges Avenue was known as the King's Highway or County Road to Elizabethtown, and was along a primary route between Philadelphia and New York. 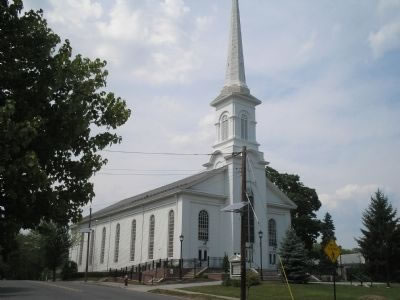