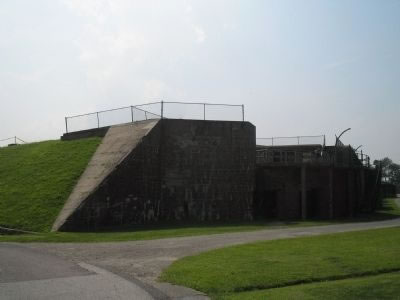 Fort Mott is an Endicott-era fortification (ca. 1896) that was begun prior to the Spanish-American War. Construction of an earlier fortification, known as the Battery at Finns Point, was begun in 1872 but never completed. Components of the earlier fortification were incorporated in the 1896 construction plan and are visible today at the west end of the main batteries. The fort was officially named in 1897 in honor of Major General Gershom Mott of Burlington, New Jersey, who served with distinction in the Mexican and Civil Wars. Fort Mott has five batteries which originally mounted twelve guns: Battery Arnold (three 12-inch disappearing guns), Battery Harker (three 10-inch disappearing guns), Battery Gregg (two 5-inch rapid fire guns), Battery Krayenbuhl (two 5-inch rapid fire guns), and Battery Edwards (two 3-inch case mates rapid fire guns). 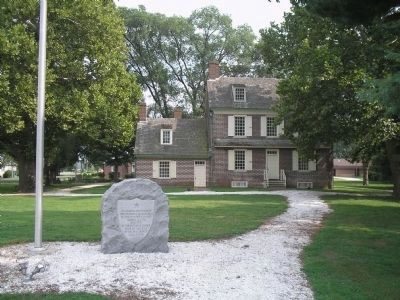 British Maj. John Graves and about 300 troops attacked the Hancock House on March 21, 1778 in retaliation for the local support of the patriot cause. The British bayoneted everyone inside the house, including Loyalist Judge William Hancock.